The Top 10 Skills for Developers in Singapore 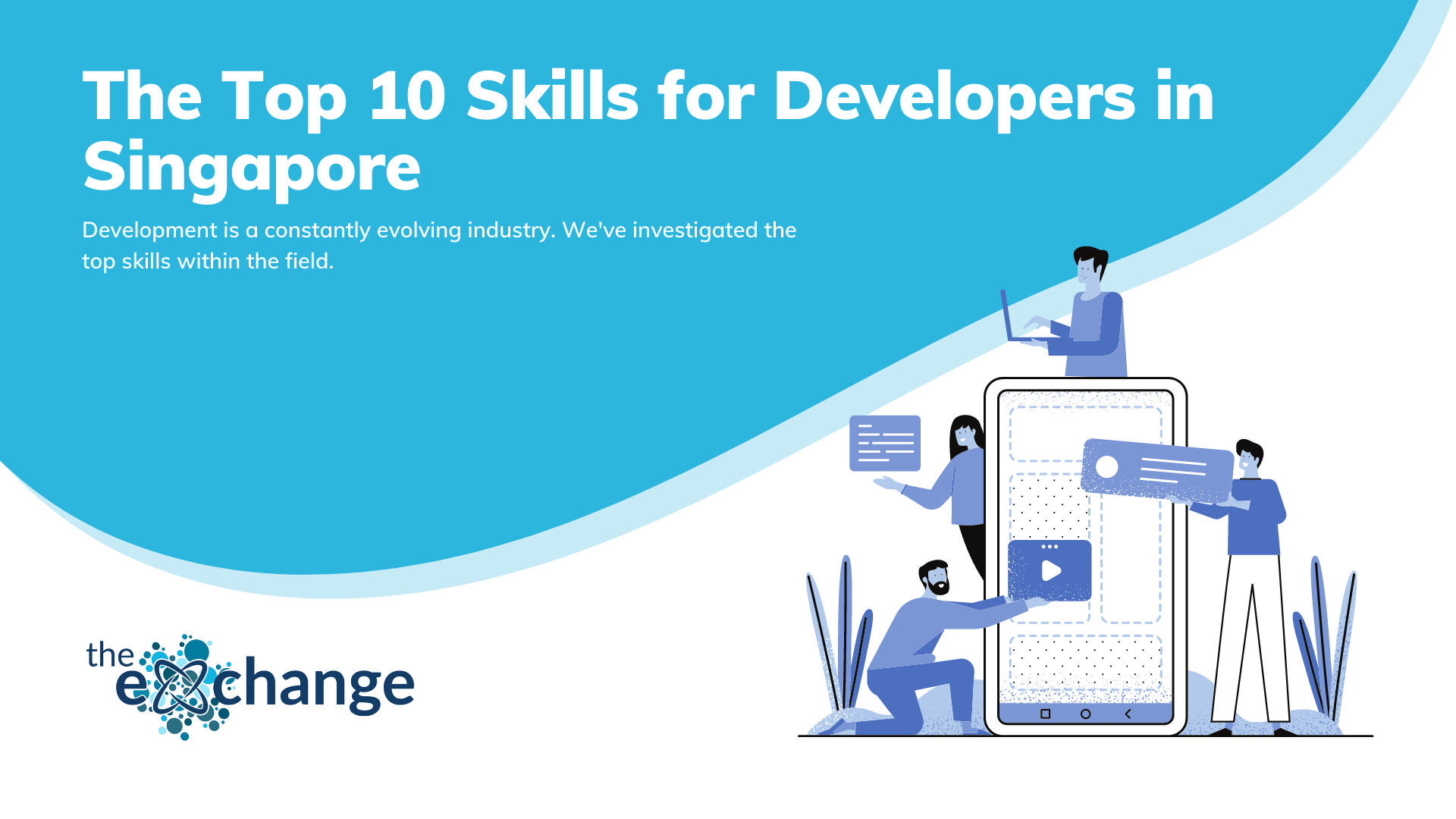 Development is a fast-paced industry, in Singapore and worldwide, with new tools and processes being introduced all of the time. The industry itself is growing too, with demand increasing year on year as more companies look to improve their offerings.

Within development, professionals are constantly improving their skills to ensure that their projects provide the best possible experience for the end user. Here, you can find the top 10 skills for developers in Singapore.

GoLang, or Go, is an open-source programming language. Since being released in 2012, it has grown in popularity quickly and is known for being a simple, reliable and efficient software that can be used for programming across large-scale network servers and big distributed systems. It is used as an alternative to C++ and Java for app developers.

Node.js is used for building fast and scalable network applications. The platform is built on Chrome’s JavaScript runtime and is known for being lightweight and efficient. It is perfect for use on applications that run across distributed devices.

TypeScript is a programming language developed by Microsoft. It is brand new, and the stable release was April 2021. It has been designed for the development of large applications, and will likely see its popularity increase even more over the coming year.

React Native is a framework developed by Facebook, and can be used to develop applications for Android, iOS, Windows, Web and much more. The framework is focused on user experience, and is utilised by many of the country’s biggest companies.

Amazon Web Services is exploding in popularity, with the simple cloud computing platforms being offered to individuals, companies and governments. Offering functionality to help businesses scale and grow, the global cloud-based products are being used by more and more organisations.

Blockchain – the technology that allows the existence of cryptocurrency – is naturally increasing in popularity as cryptocurrency itself does. The technology was created initially for Bitcoin. It is a database which stores data in blocks which are then chained together.

Originally designed by Google and now maintained by the Cloud Native Computing Foundation, Kubernetes (otherwise known as K8s) is an open-source container-orchestration system. It is used for automating application deployment, scaling and management.

Python remains one of the most popular programming languages, with its simple, easy-to-learn syntax allowing for enhanced readability and decreased programming costs. It is object-orientated, interpreted language which uses interchangeable code modules.

Developers are highly sought after in many industries across Singapore, and the sector and demand is only likely to increase as the popularity of applications grows. If you are looking for skilled developers for your project, contact us today.