Creating a Culture to Retain and Attract Top Talent 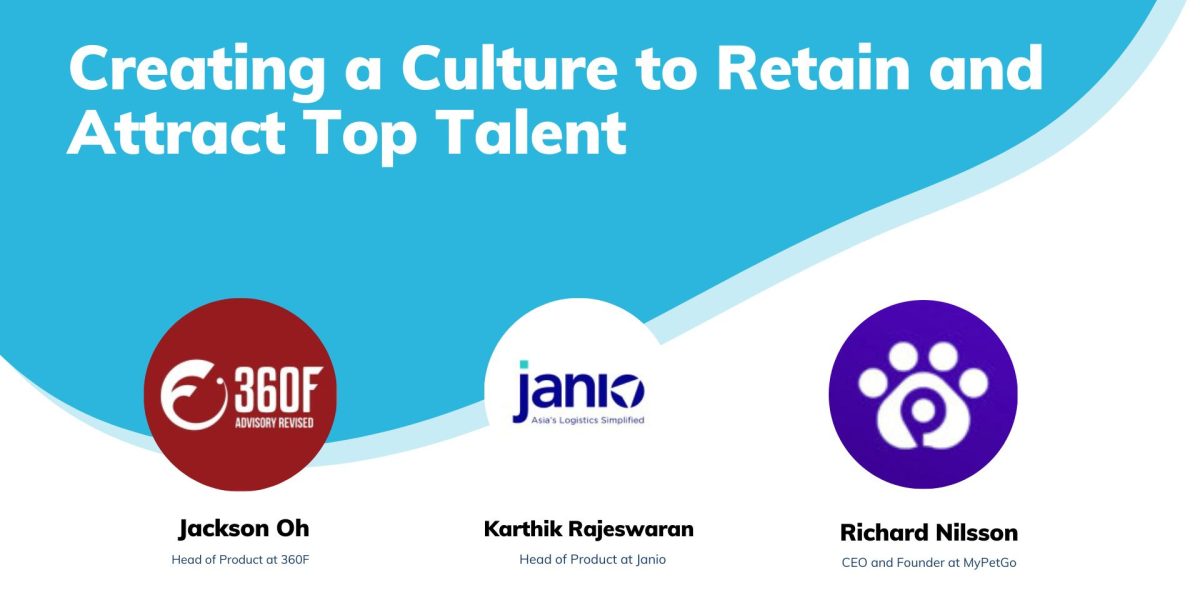 Attracting – and retaining – top talent is vital for any tech organisation. In today’s competitive recruitment marketplace, it is getting ever more difficult to source the best and businesses are looking to their culture to entice prime employees.

We spoke to three thought leaders within the product space to discover what employees truly need to stay contented and thrive in working environments.

1. Defining a culture that attracts and engage top talent

Jackson: “When we define culture, we don’t define it just by the processors and the locations and the number of setups – actually a lot is about the people.”

Karthik: “A key aspect that a company, especially in today’s world, needs to have in place is some semblance of a clear mission or a vision that explains the direction that the company is going in and also gives an indication of what a person can expect to be contributing to. The reality is there’s a lot of competition out there for good talent and the very best talent is very discerning. They want to know that the journey that they’re going to engage with for the future is something that they can resonate with. There will be a lot of tough times, a lot of bumps along the way, so in those tough moments, can you actually resonate with the mission? Do you work well with the people? Fundamentally, the people are what determine what the culture is going to be.”

Richard: “Fostering good culture stems from good leadership and leading by example. The values we have, the mission, vision and everything that stems from that creates the culture that we want to have in the company. It really depends on industry to industry, market to market.”

2. What are the key ingredients to building an effective team in the tech company?

Richard: “During an interview, you really want to know whether someone buys into your company’s culture and actually wants to contribute to it. When we hire, we don’t always look at that. We look at the skill set first and foremost. We have a lot of very specialized roles – people that are building algorithms for the AI engines or people that are experts in firmware for wearables. There is a small pool of people globally that can actually do that job. If you’re starting to go down the route of will this person fit in terms of the culture, then you might have to sacrifice their talent right.”

Karthik: “The key challenge always is that the reality will only be seen once somebody joins and once they’ve experienced certain things. I think a key aspect of it is adaptability on both sides. A lot of the time we’re obviously filtering for raw skills, talents and abilities etcetera, but what that person is good at may not be what we may need at that point in time, but a lot of the time people are actually capable of that. I think that’s a key aspect of retaining people as well. Can you help them improve and get better? Can you help them grow?

One of the startups I worked at took the Netflix approach of paying above market and setting a very high bar for talent. We had a very small team, I think at our peak it was less than 50 people, but honestly doing like the output of more than 200 people companies I’ve been at. Once somebody joined there was almost no incentive for them to leave unless they had a bad personal interaction or something, so that was a strong commitment that was made which worked very well.

Another aspect is if you have a very clear mission and approach for the organization – how you want to function and what you’re setting out to accomplish – and you get people that actually really resonate with that then retaining people and helping them grow and flourish is just so much easier.”

Richard: “It depends on the individual. We’ve tried everything. I do not have the magical recipe. I think it’s a little bit of everything. One of the things that made us stand out a little bit in Danang was we don’t have your traditional corporate kind of one floor building full of cubicles. Instead we took a four story villa with a pool in the middle and we have our different engineering departments in different rooms and they can collaborate.”

3. Gen Z / Millennials have been labelled as “the Job-hopping Generation”

Jackson: “I’m very invested in this topic because almost my whole team are below 30. A lot of the time, of course, paying to market is important, but a lot of what Gen Z want when they join us is they are really hoping that someone will sit down and do a bit of career planning with them. I think that’s so important. I have a few of the folks who are, I will say, aspiring to be more than just a product manager as trying to be an entrepreneur at work. They are in this job because they actually want to be the entrepreneur in two years’ time.”

Karthik: “I’ve personally had a couple of rude awakenings where you’re mapping out a road map and strategy with a team for a year and then two to three months later, more than half the team have left and you’re like, wow, what’s going to happen now? You have to retrain, give people context again from scratch. Having to adapt that part is incredibly challenging. Even for myself, having moved around a lot, I’m getting to that point where, I’m a little bit older, my ability to learn and process new things is a little bit slower than it used to be. That constant context switching and changing is very challenging. I do think that people will realize that constantly hopping around has diminishing returns past a certain point in time, but you still have to keep that in mind and then be realistic about it.”

Richard: “It’s very important to understand why people leave and try to learn from it and try to understand how you can potentially not repeat that. But then again, everyone is different. So you will have cycles of people leaving and it is what it is.”