Bringing Dialogue Back to Interviews 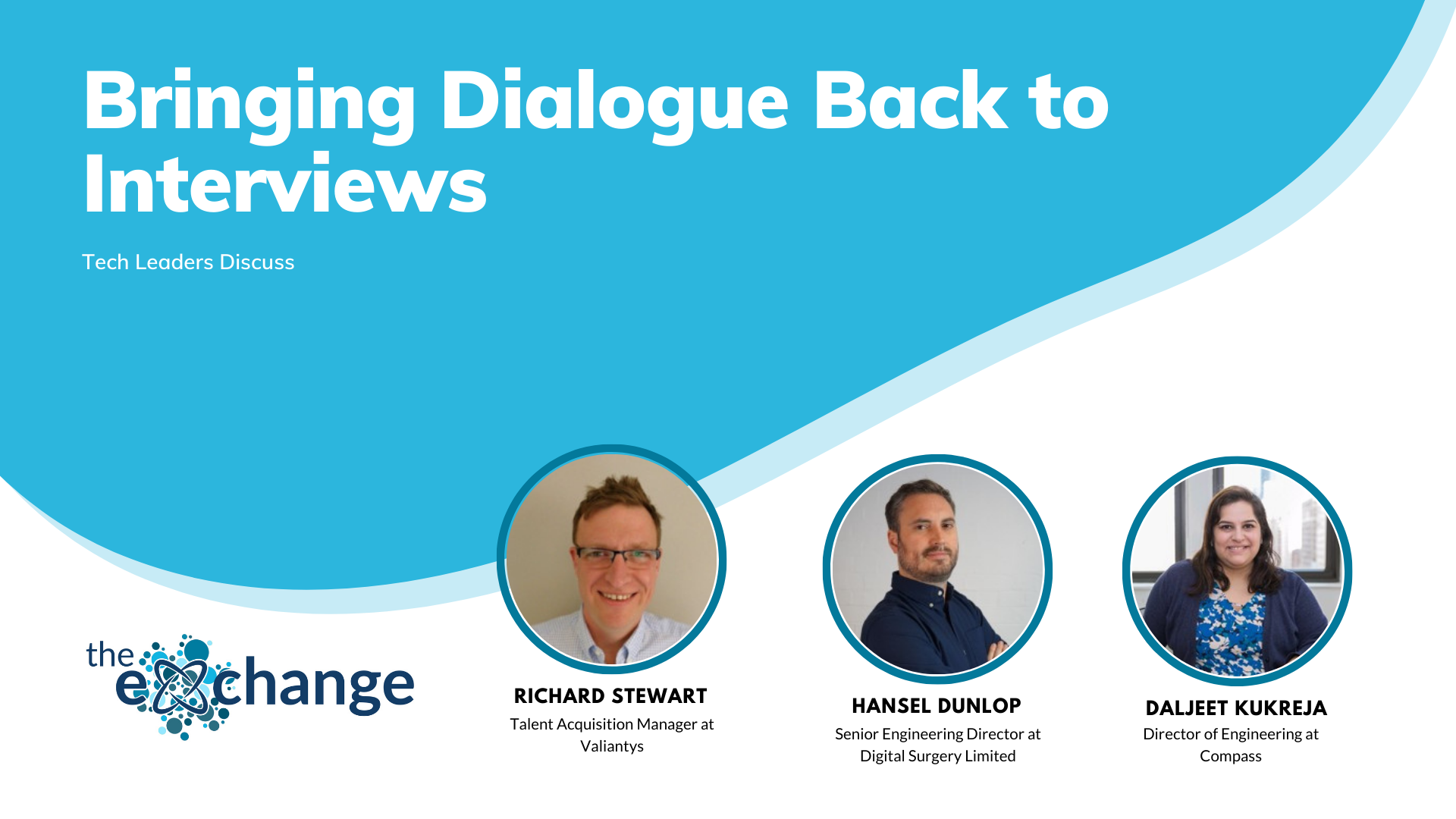 Richard on Challenging Assumptions During Interviews

So isn’t been my questions that you’ve sort of have to really look out and how Yeah, yeah. And so why not do for all the interviews? I’m involved, here’s why solicit five key clear questions, and what’s available is questions and what is actually about the role, but we also realize how important is now to be much more organized so that you can work remotely for those roles, which has to do that anyway.”

Hansel on Selling Your Company Without a Physical Location

“We’re still selling on basically those principles of what we’re doing, which is that we’re, we’re trying to do a good thing in the world. We’re trying to provide some social good, basically, I think that’s kind of one of the main things that we, that we attract people to us because of so people say, Well look, all right, I’d like to see those same goals of, you know, making surgeon safe, making surgery safer, more accessible to the world, basically. But in terms of the culture of our work culture, I think it’s Yeah, it’s been really tough. I think it’s, I mean, I’ve struggled with I feel, you know, I’ve missed I missed that. That casual encounter with people I miss that all the organic conversations that happen and in an environment where you are bumping into people, and I think we’ve done a few little things to try to help with that. And I think no technical teams have little, little breakout sessions on Biloxi again, that’s on zoom. There’s I You know, there’s some app out there that will get, it’s going to correct us on direction, but it’s like going to a party and trying to talk to every single person at once. You know, it’s just normal, you would never, that’s why you like to go out and gonna have a have that moment with three people where you’re having that chat and sort of the back without the back door or something versus literally standing in front of every single person and trying to have a conversation with 50 of them at once. And how does that work? How does it play out? So I think there’s a tool missing basically, I think there’s some kind of socializing tool. There’s some sort of a bit of zoom that doesn’t exist yet, or both of those and other tools that would be good to have. But, yeah, as I said, the little things that we’ve been doing around having very, very structured onboarding, so where we might have been a little bit looser. We’re now very, very much kind of making sure that we’ve really put people with others and direct them who to talk to her to meet with that we have some little subtle ones where they can have some sort of organic time with other people in the team as well that they might necessarily want to work with.”

Daljeet on Improving the Interviewing Experience for Remote Candidates

“The main thing that’s changed is that we can’t whiteboard as much as we used to do in the interview session. So when you are having like a system design discussion, we it was easy to just whiteboard the solution and then brainstorm together with the candidate. So we were able to do a very open-ended question before. Now it has to be a little bit more specific. We have been doing video calls we have been using like Google meat, and they are able to share their screen and draw the diagram. But we have to walk a lot before we reach the point where they start drawing the diagram. For example, in the system design case, coding hasn’t changed much the only difference in the coding rounds have been instead of whiteboard, they are just using the tool so they are able to code in their preferred language. But I think the system design down is changed a lot in terms of questions how we ask the questions, we have to be very specific and guide them to reach the point where they can start drawing the diagrams Faster than we used to, in terms of the behaviour around centres, leadership principles wrong. I don’t think much has changed what? In terms of what we asked, we asked the same questions. What has changed is how we interpret we have to be more empathetic to the situation or any background noise and their body language because we can’t see them completely. So as an interviewer, we just have to read them better and try to read them better than we used to before.”