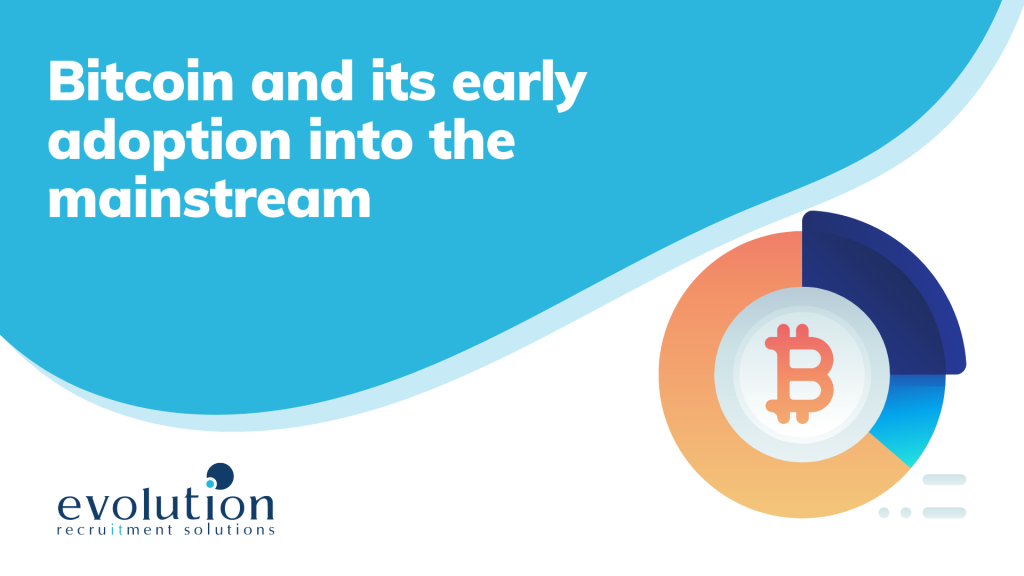 Bitcoin and its early adoption into the mainstream

From it’s inception at the hands of the person or group known as Satoshi Nakamoto, Bitcoin has grown tremendously and has evolved into a prevailing investment made by famous billionaire investors, institutions, and retail investors alike.

Although its usage has increased all around the world, spurred on by the fact that it was one of the world’s first examples of blockchain in use, digital currency like Bitcoin has yet to be approved by all financial authorities.

The question on everyone’s lips is this: what does the future look like for Bitcoin and digital currency? We brought together a few Crypto Currency afficionados to discuss their history with Blockchain and Cryptocurrency and their predictions for the future.

Stefano’s interest in cryptocurrency came after hearing news about the Silk Road bust, his technical interest, however, would come later when he moved to London in 2014 and attended Cryptocurrency meetups and groups discussing Bitcoin and Ethereum. After months of meetings, Stefano was offered a position at BTL, one of the world’s first blockchain tech companies.

“We started a brainchild of those meetings about how to use bitcoin. We created the backbone of remittance platform – a way to send money abroad to countries like Africa, South America or Asia. So when people come to the UK from those countries and they want to send money back to their families, we used Bitcoin underneath as a backbone to send money and achieve a better rate and a faster process. “

Having since joined Information Analytics Company Elsevier, Stefano is still following the blockchain and Cryptocurrency narrative. For him, one of the big benefits of the recent explosion of cryptocurrency is in how it will continue to push forward the Cryptography field.

“A lot of people are missing the fact that cryptocurrency is pushing cryptography research and applications forward and this is a very strong point for the future of cryptocurrency.”

This Isn’t a Game For Outcasts Anymore

We work a lot in the digital transformation and business change space. One of the common threads that come out of discussions around digital transformation is that, due to the fact that It’s often tech that is driving the change, technology professionals have really been brought to the forefront of companies whereas, 25 years ago, they were left in the basement.

For Stefano, the same is happening with Cryptocurrency and Blockchain. For every Elon Musk shifting 10% of their balance sheet into cryptocurrency, there are 100’s of other technologists driving serious blockchain and cryptocurrency conversations within their institutions.

“This isn’t a game for outcasts, cyber punks and hackers anymore. There are academics involved doing serious studies into applications.”

Christian Decker is widely known for writing the worlds’ first Bitcoin PhD Thesis. The goal of his research is to improve the understanding of the underlying consensus mechanisms and to enable the network to scale with increasing demands.

Stefano was able to attend one of the workshops run by Christian.

“It was quite a high level but it was about pushing the envelope on encryption on a technical and mathematical level.”

Although just one example, it’s certainly a flag in the ground for Blockchain and Cryptocurrencies’ place in the wider zeitgeist. Since then, modules on cryptocurrency have cropped up in economics degrees across the UK – most notably the London School of Economics.

Elon Is Good, But Scary

Tesla took both the corporate world and the cryptocurrency space by storm when it announced it had put $1.5 billion of cash into Bitcoin. That prompted a surge in Bitcoin’s price and fueled talk about the risks and benefits of adding cryptocurrencies to corporate balance sheets.

For Stefano, this move was a bit of a double-edged sword for the cryptocurrency market. On the one hand, large investments are what the platform needs to secure more investments. On the other hand, it’ll put existing infrastructure under increased scrutiny.

“We still need to grow and develop an infrastructure. Maybe this interest comes a bit too early.”

Slumps and crashes have plagued Bitcoin in recent years, casting a shadow of doubt over the maturity of the cryptocurrencies’ infrastructure.

In a survey conducted in early February, Gartner Finance, a unit of leading research and advisory provider Gartner, Inc., found that ninety-five percent of the respondents have no plans to purchase Bitcoin this year.

Despite this, curiosity is still growing.

Gartner conducted the survey because it was getting inquiries about Bitcoin from its clients. “CFOs said they were fielding questions about Bitcoin from their boards and investors, and needed to get smarter a lot quicker than they thought they did,” says Alexander Bant, Gartner Finance’s chief of research. “They asked us to provide definitions for the terms involving Bitcoin and Blockchain, so they could better explain Bitcoin’s workings.”

For Stefano, the work being done in this space is encouraging.

“It’s unbelievable the amount of work and research that are building up on Bitcoin. The evolution is this second layer of exchange on top of bitcoin.”

Josh first encountered Blockchain and Crypto when he started work in Front-end development roles. When he moved to working on full-stack, he started to learn more and more about the technology behind Crypto. For the last few years, Josh has been actively buying crypto while also working on multiple projects with a big potential for the use of  blockchain.

“Using the blockchain directly has a big overhead for some projects and developers. The latest project that I’ve been working on provides an abstraction layer to accomplish complex workflows with a few API calls. The system works on top of Bitcoin SV, used mainly to store data in the transactions.”

Bitcoin is the easy use-case of the Blockchain.

When Satoshi Nakamoto, whose true identity is still unknown, released the whitepaper Bitcoin: A Peer to Peer Electronic Cash System in 2008 that described a “purely peer-to-peer version of electronic cash” known as Bitcoin, blockchain technology made its public debut. Blockchain, the technology that runs Bitcoin, has developed over the last decade into one of today’s biggest ground-breaking technologies with potential to impact every industry from financial to manufacturing to educational institutions.

For Josh, cryptocurrencies are a side effect of the Blockchain technology, and  companies can benefit greatly from it.

Blockchain is a system of recording information in a way that makes it difficult or impossible to change, hack, or cheat the system.

A blockchain is essentially a digital ledger of transactions that is duplicated and distributed across the entire network of computer systems on the blockchain. Each block in the chain contains a number of transactions, and every time a new transaction occurs on the blockchain, a record of that transaction is added to every participant’s ledger. The decentralised database managed by multiple participants is known as Distributed Ledger Technology (DLT). Blockchains such as Bitcoin and Ethereum are constantly and continually growing as blocks are being added to the chain, which significantly adds to the security of the ledger. Josh argues that the Ether,  Bitcoin’s little crypto-brother, has more potential and is better for development.

“Ethereum its designed as a platform for building on top of the blockchain using ‘smart contracts’. Allows to easily set up private networks and offers a  developer-friendly environment.”

Instead of focusing on the cryptocurrencies, Josh is excited about the applications of Blockchain moving forwards.

“The blockchain itself is really useful for anything that has to do with tracking something that happened in real life. Blockchain allows to store immutable data encrypted, and verifiable. At Clubview we plan on using it for traceability, security and accountability in the finance side of sports industry”

Elon is perhaps one of the most high-profile individuals to invest into Bitcoin, but he certainly isn’t the first. Josh, through his work with Club View, knows a few companies who have already put money into Bit and continues to back it as a good place to put company money.

“My expectations for this year, is to see the price move up to 200k, simply based on all the economic factors and its demand. More ordinary people will also start converting to BTC and start paying this way, it will circulate in economy like never. “

Critics say Bitcoin isn’t tangible, it is just a bubble that will go to nothing in a similar manner to the Tulip Mania of the early 1600s when Tulip bulbs had a meteoric rise to $100,000 in today’s money.  By the end of 1637, the bubble had burst. Paradoxically, Bitcoin at its current price of $68,500 means Bitcoin’s market cap of 1 Trillion Dollars is higher than the GDP of Holland. Exciting times for the space and let’s see what the future brings.