Driving The Change: In Conversation with Lisa Emery, CIO @ The Royal Marsden 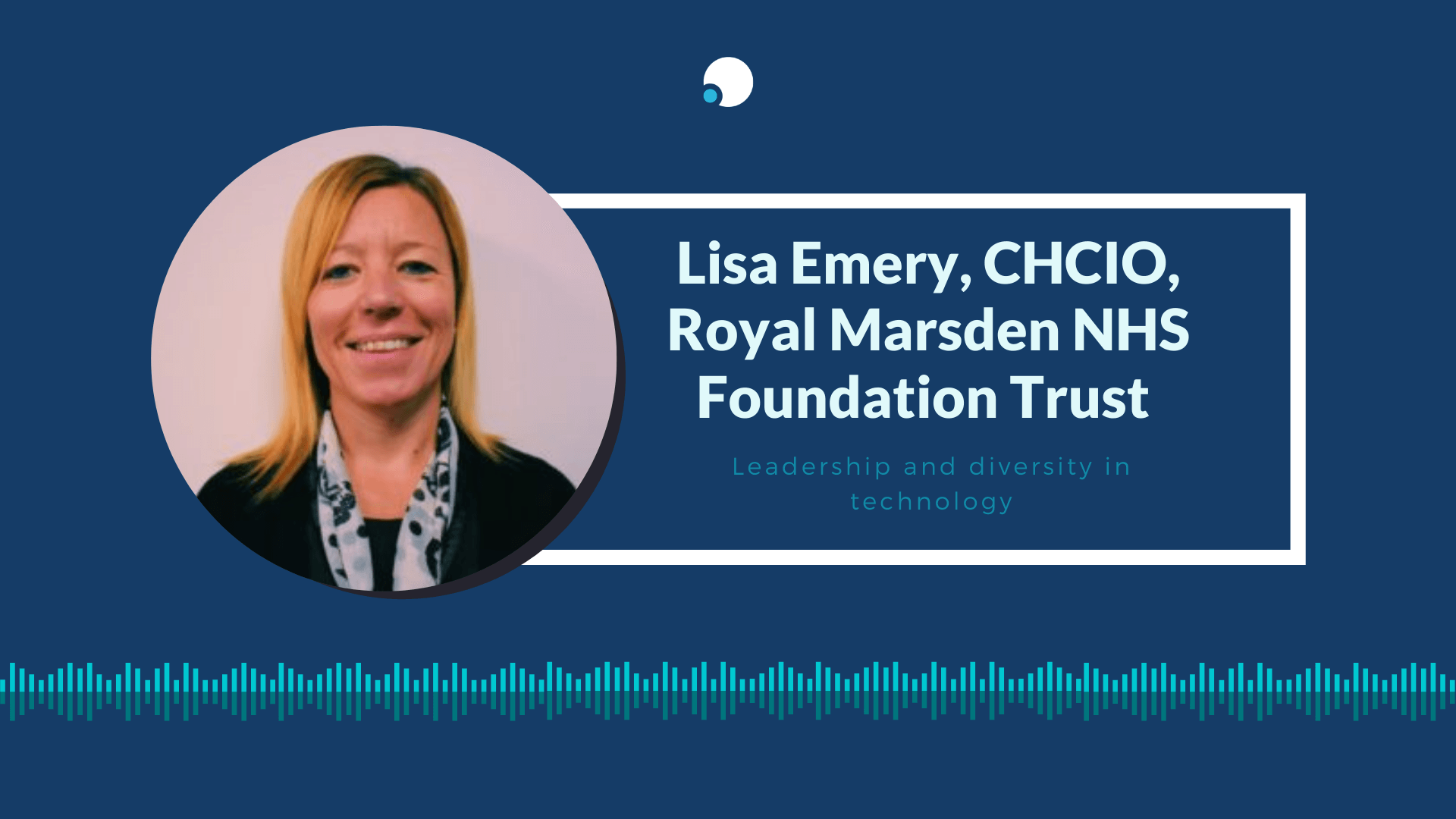 The world of business is moving faster than ever. With the growing demand of technology to help do more with less, IT departments are feeling increased pressure to build digital networks able to meet aggressive business goals. Most, if not all, of the responsibility falls on the CIO, and at times, it can be challenging to navigate the day-to-day operations of an IT department.

We spoke to Lisa Emery, CIO at the Royal Marsden, and Chair of the London CIO Council, to discuss the role of the CIO, Lisa’s path to CIO and the importance of mentorship and coaching.

Lisa’s story is part of a series of articles highlighting the careers of female tech leaders within the NHS. We’re bringing together the stories of these courageous leaders to prove that the route to leadership is never a straight line.

“We’re Trying to Build a Professional Structure Around the Role”

Without a formal route into a role like a CIO, or a clear professionalisation or educational qualification, the path to a CIO is an obscure one that not many set their sights on. For Lisa, who shocked her teachers by selecting three sciences at O-level, knows just how shallow many people’s understanding of the careers available in technology.

“People talk about careers in technology to graduates and schoolchildren, and it tends to fall into software and coding. These things don’t happen in vacuums. We need to show the transformational side where you can combine your love of technology with your communication skills.”

Lisa’s route to CIO, which saw her drive implementation at companies like Dell and Perot, started with a love for technology and change. Inspired by her Mother, who was a scientist, Lisa pursued her interests without looking back – despite raising a few eyebrows at the time.

“I did three Sciences at O level, which was a shock revelation to the school at that time.”

Now 6 years into her position as CIO, Lisa is working hard on supporting those building a professional structure around the role so that anyone from any background knows the options available in technology careers.

The British Computer Society *BCS) has put together organisational membership packages. So I've joined our team up to that, for example. So they can recognise their professional qualifications in this field. And then looking at a recognised professional CIO qualification, such as  CHCIO. In addition, the Digital Academy has been brilliant in terms of recognising the need to have some structured learning around what we're doing.

What Makes an Effective CIO?

The modern CIO must now take on a more strategic business role than that of their technologically-driven predecessors, meaning the characteristics traditionally favoured in a CIO haven’t necessarily remained the same – as Lisa explains:

“We’ve transitioned away from the more traditional IT director focuses like infrastructure and towards digital transformation, change, workforce development.”

While there are some essential technical and managerial skills that you must possess in order to get the job, there are a number of other qualities that will elevate you from a good CIO to a great CIO. A love of technology is, of course, a must but from there it becomes about soft skills.

“It's quite easy to get frustrated with technology so you do need to be quite robust in yourself and quite, you know, happy and confident talking to whole groups of different people in different conditions.”

As both the appetite and need for technology grows, the CIO takes up a translation role within the company. They take the complicated and boil it down to its very basic value statements for each and every user.

“We take all the complexity out of the technology stack and decipher it for colleagues at any level of the organisation about how the technology is going to help them deliver for our patients and staff on a day to day basis.”

With the CIO needing to be able to both comprehend and communicate the value of highly complicated technology, people skills are tantamount to success. The ability to build relationships and speak plainly within them are values that Lisa holds at the center of her methodology as a CIO in a rapidly changing business landscape.

These skills can temper the innate love of technology that Lisa and other CIO’s possess while the people they’ve brought together deliver.

“We get a bit constrained and that's not what digital leadership is about. You don't need to know all the details to drive the delivery.”

The Importance of Mentorship and Coaching

Role models can play a central role in shaping careers. They are especially important if you belong to an under-represented group for whom a lack of representation in the workplace can lead to feeling isolated and lacking in confidence. They can help those just starting out, in their career or their role, to believe in their own abilities.

“You need to see something to be it. I’d love to be that person for someone.”

For Lisa, mentorship has had a direct impact on her professional self having learned from both the people she worked with and for. One particular mentor, who helped Lisa make the transition back to the NHS after a short hiatus, stands out amongst the rest

“She was always honest, very transparent with people. She felt to me like a real Trailblazer. A senior female leader, in a fairly male-dominated environment, being herself. That inspired me to pass that on to other women.”