Discussing Women in the Tech Industry with Charlie Turnbull, Product Director at Sky 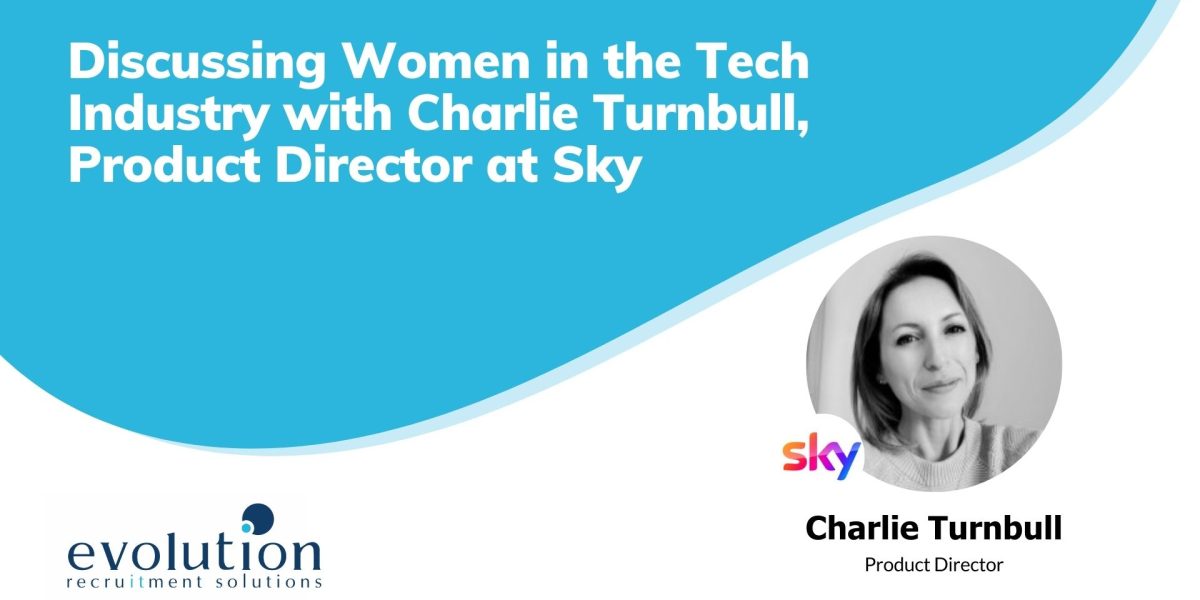 Charlie Turnbull, Product Director at Sky, began her career at Accenture. After completing her languages degree, she worked in technology and programme roles at Accenture carrying out tasks such as overnight deliveries for set top box codes and CRM system changes. From here, she moved into more strategic roles before joining Sky where she combines both her technology and content skills managing all partner app experiences on Sky’s platforms across Europe.

In her current role, Charlie focuses on providing a seamless user experience for Sky customers by ensuring integrations (such as with Netflix, iPlayer and Apple) are intuitive and easy to use.

The Evolution of Women in the Tech Industry

Having led Women in Product initiatives at Sky, Charlie is an evangelist for more women entering technical fields, even if they don’t come from an engineering background. The industry has largely moved forward, making it much more inclusive and offering more for women at different stages in their career.

From Charlie’s perspective, the experience of being a woman in the tech industry has evolved significantly. In the early days you’d often be the only woman in the room. If you also weren’t an engineer it could make it difficult to be taken seriously, so there was an expectation that you’d just quietly get on with the job, grateful for the opportunity

“It was tough, but I look back and realise I learnt a lot, including how to get the best out of difficult situations or interactions”

In order to progress, it often felt like there was an expectation to act in a certain, typically masculine way.

“I’d have feedback around banging my fist on the table, making sure my voice was heard and given advice that was just so different to my normal mode of operating.”

But today, Charlie sees how perspectives have changed and everyone – women and men – is treated as an individual and celebrated for those differences and the varied outlooks they bring.

Being a Kind Manager

One of the key themes that Charlie has noticed is that kindness is now valued as an attribute for management, whereas previously it would be seen as almost a detriment to carrying out the role effectively.

“I think the word “nice” is probably misunderstood. People interpret it as a people pleaser, just allowing people to walk all over you. But actually, I think what we’re saying is be kind – you can object to a point of view, but if you’ve done it in a kind, considered way, then that’s fine.”

That kindness can also support those experiencing imposter syndrome – something that Charlie herself has struggled with in the past, particularly after coming back from maternity leave. Her confidence has been renewed thanks to the knowledge that she is supported by those around her.

“If you’re put in a very high-pressure situation with the sense that you don’t have a safety net, I think that can accentuate imposter syndrome. But I feel like within the product organisation at Sky, we’ve all got each other’s backs which is great.”

After the pandemic, many carers and women with young children did not return to their jobs, leaving a gap which has affected many industries. At Sky, a returner programme is in place to hire women who have taken a break from working and Charlie is an advocate for expanding programmes such as these.

“I’m so proud of the work that Sky has done to build the talent pipeline. From Returner programmes to the Get Into Tech and Get Into TV Operations training. Encouraging women from any background to enter the tech industry.”

Looking to the Future

Although things are improving for women in tech, more needs to be done. With a gender pay gap still evident and less women that men at C level, it is important to ensure that work continues to be done. Charlie has noticed that, although there can be a lot of women at entry level, gaps begin to happen when women take career breaks. One answer is to ensure those career breaks are fully available for everyone.

“I think shared parental leave is a blessing and would love to see more companies and managers embrace it.”

Charlie’s advice for those following in her footsteps is to have faith in yourself, and know that if you are passionate enough about something then you can progress in it.

“Back yourself to learn something – you might get pushback, or a no, but keep going. Everything that you’re doing is a learning experience.”