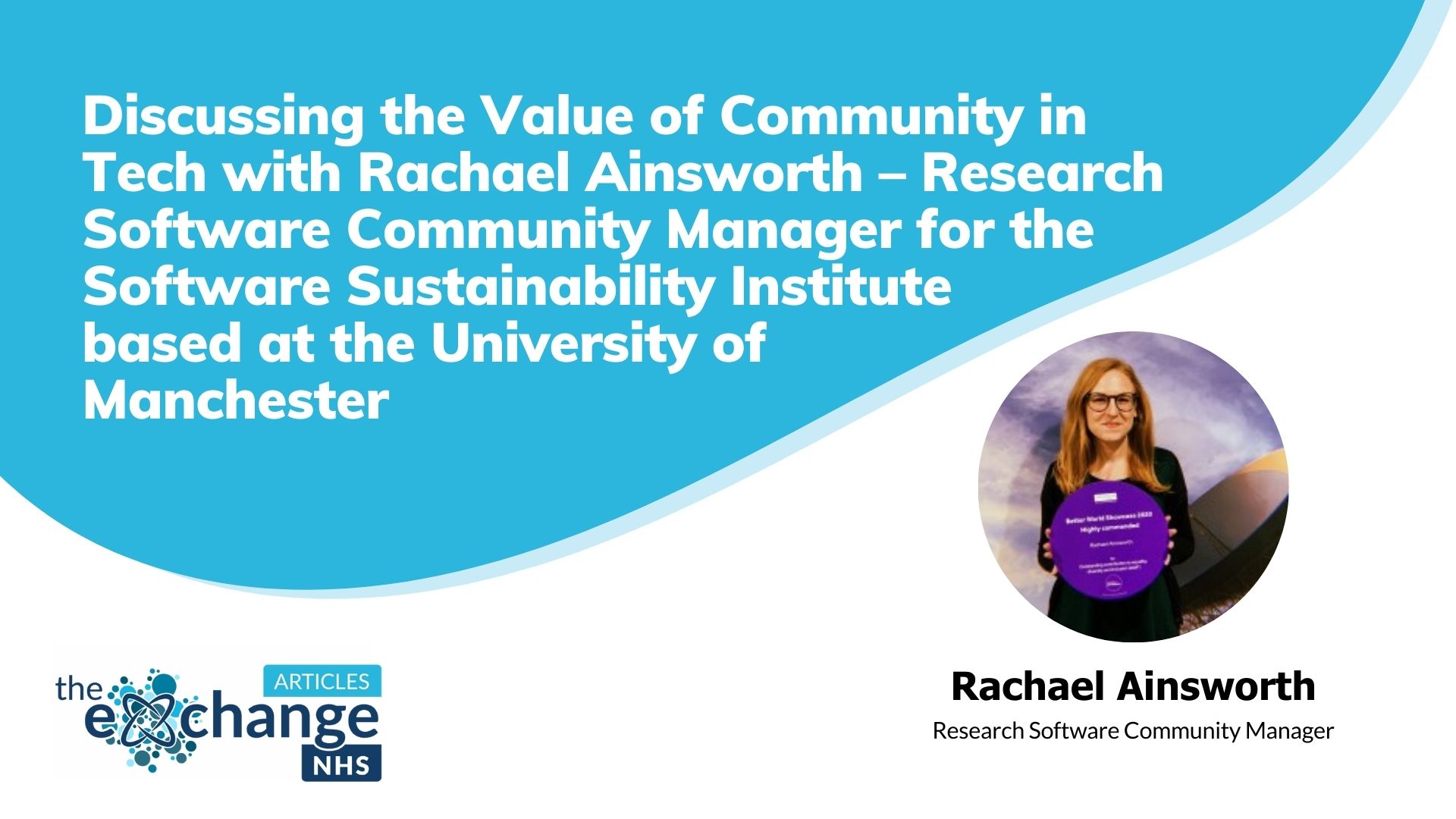 Rachael Ainsworth is the Research Software Community Manager at the Software Sustainability Institute based at the University of Manchester, and her role involves building community around research software. As well as this, she is very involved in the Manchester tech and data scene and co-organises HER+Data Manchester, a group bringing together women and gender minorities to talk about career paths, challenges and share expertise.

Rachael began her journey in the tech field when she was in high school in the US, where she discovered her love of science. After majoring in physics for her bachelor’s degree, she applied for an internship at NASA. She had always been extremely interested in astrophysics, cosmology and the complexities of the universe, and was delighted to be awarded a place on the internship.

“I was completely inspired by all of the amazing discoveries and engineering that was taking place. I got to watch them build the Mars Curiosity Rover and listen in on missions such as the  Mars  Exploration Rovers. I loved hearing these scientists speak passionately about what they do. That was the community that I wanted to be part of.”

Following her internship, Rachael followed an academic pathway through PhD to Research Associate, eventually landing in Manchester where she studied young stars using the telescopes at Jodrell Bank Observatory. It was through her own research that Rachael came to understand the importance of open research and open science – working in a more transparent way – which led her to her current role.

“I’m now in more of a professional services and research support role where I can help researchers achieve their goals and ensure that we’re incorporating better practices as well within the research ecosystem, making it a bit more of an inclusive place for everybody.”

Rachael’s experiences in academia brought her some challenges, and she particularly struggled with the lack of openness and a broken research culture where quantity is prioritized over quality in order to get ahead, married with the perfectionist nature of some areas.

“Failures and challenges are actually quite important because I think they’re the instances where you learn and grow the most. In research culture you’re not really encouraged to share when you’ve made mistakes or be fully transparent about your methods even though it’s integral to research integrity and reproducibility.”

In any career, there can be bumps along the way, and dealing with those setbacks often knocks confidence. However, there are plenty of ways to rebuild it and one of the most effective is finding a mentor or confidant to talk to.

“You should find somebody to bounce ideas off, get that support, somebody to not necessarily challenge you directly, but to challenge your point of view on things. Because often we can be very hard on ourselves and say ‘oh, I can’t do that. I’m not even going to try’”

Alongside this, Rachael advocates challenging the things that make you anxious. For Rachael, this was public speaking and, working in academia where it was important to talk about her work, she had to face her fear.

“I had to actually put myself out there and demonstrate to myself that no harm is going to come to me if I’m in those situations. This really challenges your intuitive thinking around why you’re afraid of something and challenges those fight or flight instincts.”

Rachael’s determination not to let this fear conquer her and intentional work on combatting the fear itself has put her in a position where she regularly gives talks at Her Plus Data, and has also given a TEDx Talk.

Imposter syndrome affects many professional women, and is defined as an internal experience of believing that you are not as competent as others believe you to be. Imposter syndrome is often seen as an issue for an individual to overcome – however, Rachael has a different viewpoint.

“Actually imposter syndrome is entirely the wrong way to look at it, because it really puts the onus on the individual – this feeling of fraud and the problem is with me when in fact, I believe it’s the system that’s the problem. Disproportionately women and women of color are the ones who experience this the most, and if you look at the reasons why we feel this, it’s usually because we are working in places where we’re not the norm. In fact, it’s usually that particular workplace that might not be working for us.”

For those experiencing imposter syndrome, Rachael advises trying to get to a mindset of understanding that you are not the problem in the situation. Your position and qualifications have been validated by others, and the issue may just be that you are simply not conforming to traditional ways of achieving success.

“There’s this stereotype that the only way women can succeed is if they behave like men. I just think that that is absolutely wrong. Our workplaces need to be more inclusive of different backgrounds, different lived experiences. That’s really the only way that you can get more representation and more diversity within your workforce and within your leadership.”

HER+Data is a meet up group which brings together anyone who identifies as a woman and has a connection to data. Rachael’s interest in being part of such a group began when she was at a pivotal moment in her career, having just finished her PhD in Dublin and deciding on her next step. She attended several tech meet up groups at this time and very much enjoyed the experience of the women-only HER+Data meet up.

“I was able to ask questions without issue and I was able to openly chat to people. The environment was just completely different to any that I had experienced before.”

On moving to Manchester, she started a chapter of HER+Data and has been involved in the organisation ever since. As well as appealing to her interest in community building and event organisation, HER+Data enables her to hear stories, talk to women from a vast range of backgrounds and discuss important topics.

The value of these networking groups cannot be understated, and HER+Data is an arena where many women find mentors, are able to discuss the topics that affect them, build networks and develop in different ways. 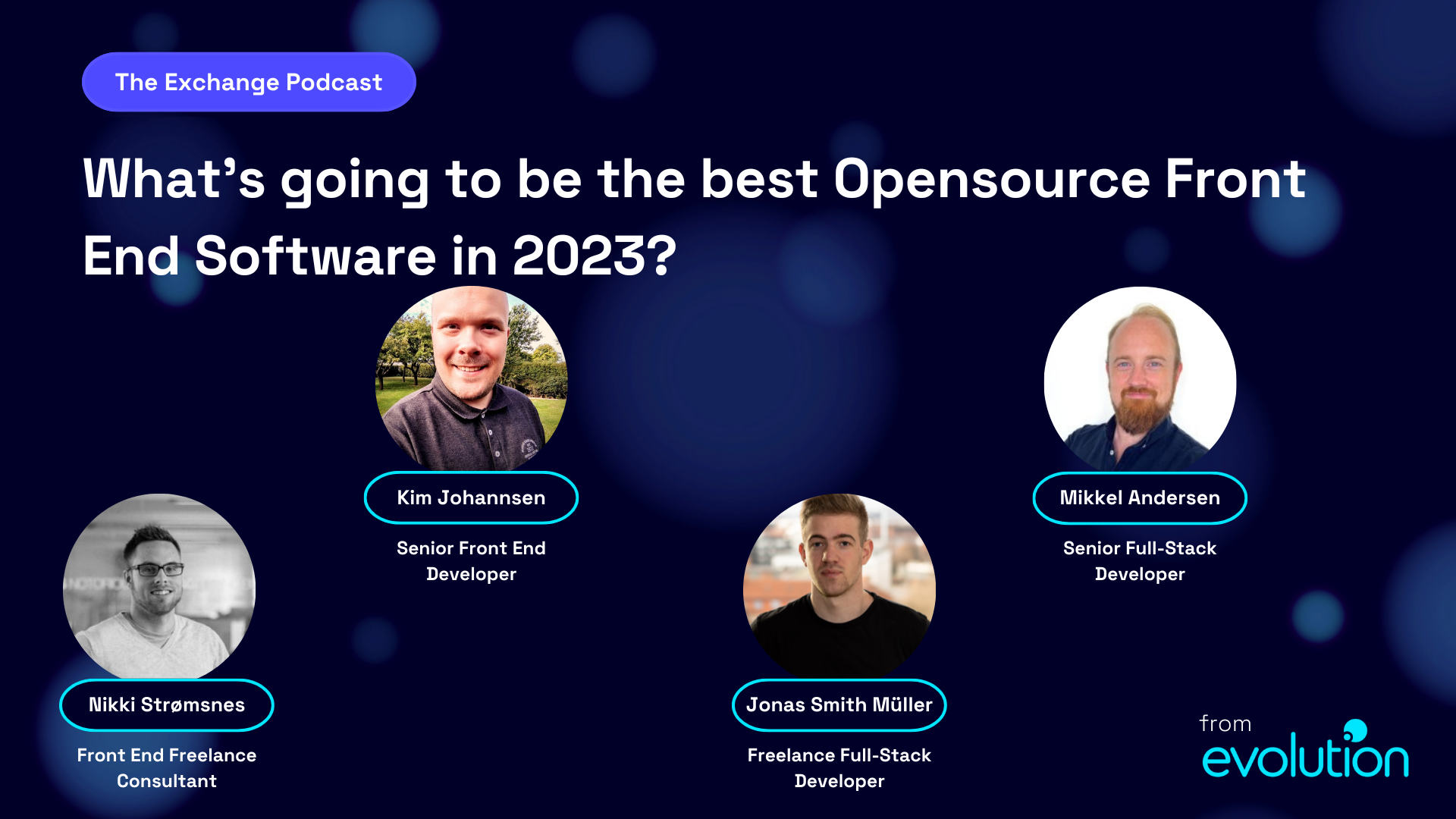