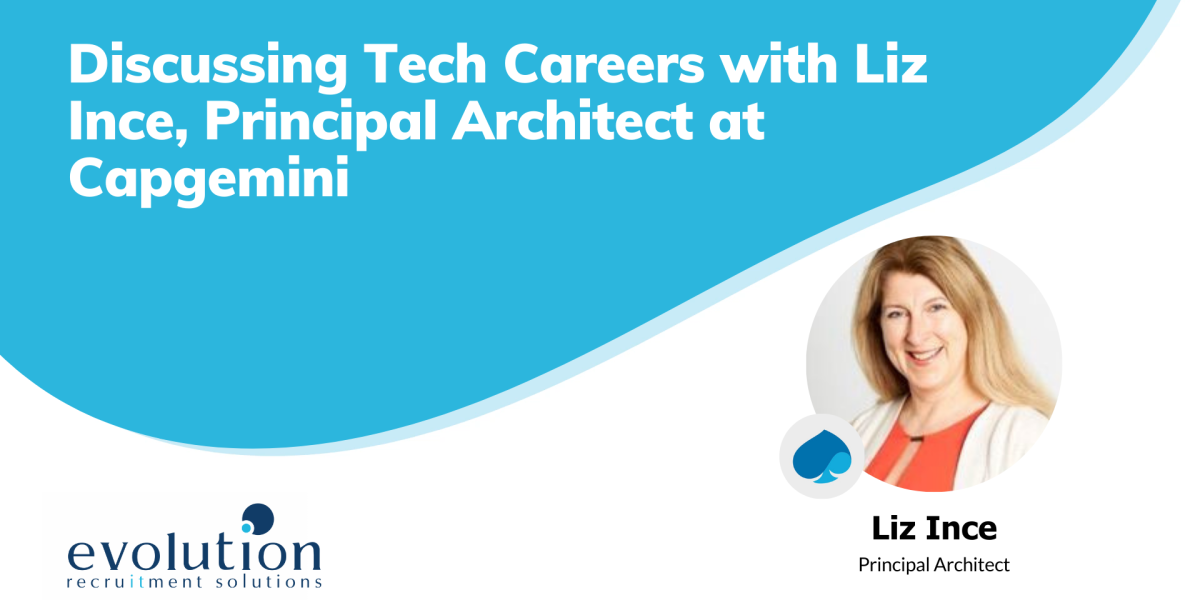 Liz Ince, Principal Architect at Capgemini, first considered engineering as a career when she was completing her A Levels. At the time, she was under family pressure to study medicine, but was introduced to the possibility of engineering whilst at an all boy’s school.

“I ended up resitting most of my A levels and to do that I went to a boys private school. Everybody was going off to do engineering so I thought, well, I might as well go into engineering. I would never have done it if I hadn’t gone to do the upper six at a boys school. That’s the only reason. I just didn’t realise that the option even existed.”

On completion of her degree, Liz joined IBM as a Systems Engineer. From her university degree where she was one of only four women on her entire course, her career has since been much more balanced. Her training class at IBM was almost 50% female, and Capgemini are also very diverse.

In her current role at Capgemini, Liz works in both people and project management. Depending on the project, she can work in staff augmentation roles, working extremely closely with clients. Within Capgemini, she runs a team and manages education, training and certification for that team. It is a varied, challenging role which brings with it a great amount of job satisfaction.

One thing that may put women off applying for roles in engineering is the idea that they need to have a passion for it in order to succeed. Liz is keen to dispel this idea, and instead wants the focus to be on the benefits that can come from such a career in order to attract more people to these roles.

Technology careers can often come with the impression of long hours and weekends spent coding to hone skills. This view can be damaging and off-putting, especially to those who may be bringing up a family.

“It is all about work life balance. If you love coding, and that’s what you want to do at the weekend, knock yourself out. That’s great. Go for it. But you also don’t have to do that to have a good career in the industry. You don’t have to code at the weekend to have that.”

Looking at a career pragmatically and separating that from life outside of work has been a huge benefit to Liz, and she adores the role that she has at Capgemini where she is able to work on large scale projects that will make a difference to society.

Advice for Newcomers to the Tech Industry

Liz is a big advocate for Capgemini, the career she does and the opportunities it has brought to her. In particular, when her children were younger and she was bringing them up on her own, her role allowed her financial freedom and stability. Her advice to anyone considering following in her footsteps is to go for it.

“There have been a huge number of projects that we’ve delivered and I have a great sense of achievement in doing that. Not only is it a sense of worth self-worth and achievement from your job, but also it allows me to earn enough money to support myself and my family and give them everything that they wanted.”

In addition, Liz recommends researching the ethos of the company you plan to apply to beforehand. The attitude that a company has around those issues that are important to you can affect your enjoyment of a role. For example. Liz is extremely conscious about recycling and looking after the environment, and Capgemini’s policies around this are extremely appealing to her.

“In the Capgemini office, there are recycling points everywhere. Little things like that, where the company has thought about it, really matter to me.”