Courage In Leadership: In Conversation with Shauna McMahon, Director of Transformation (Digital) at NHS South, Central and West 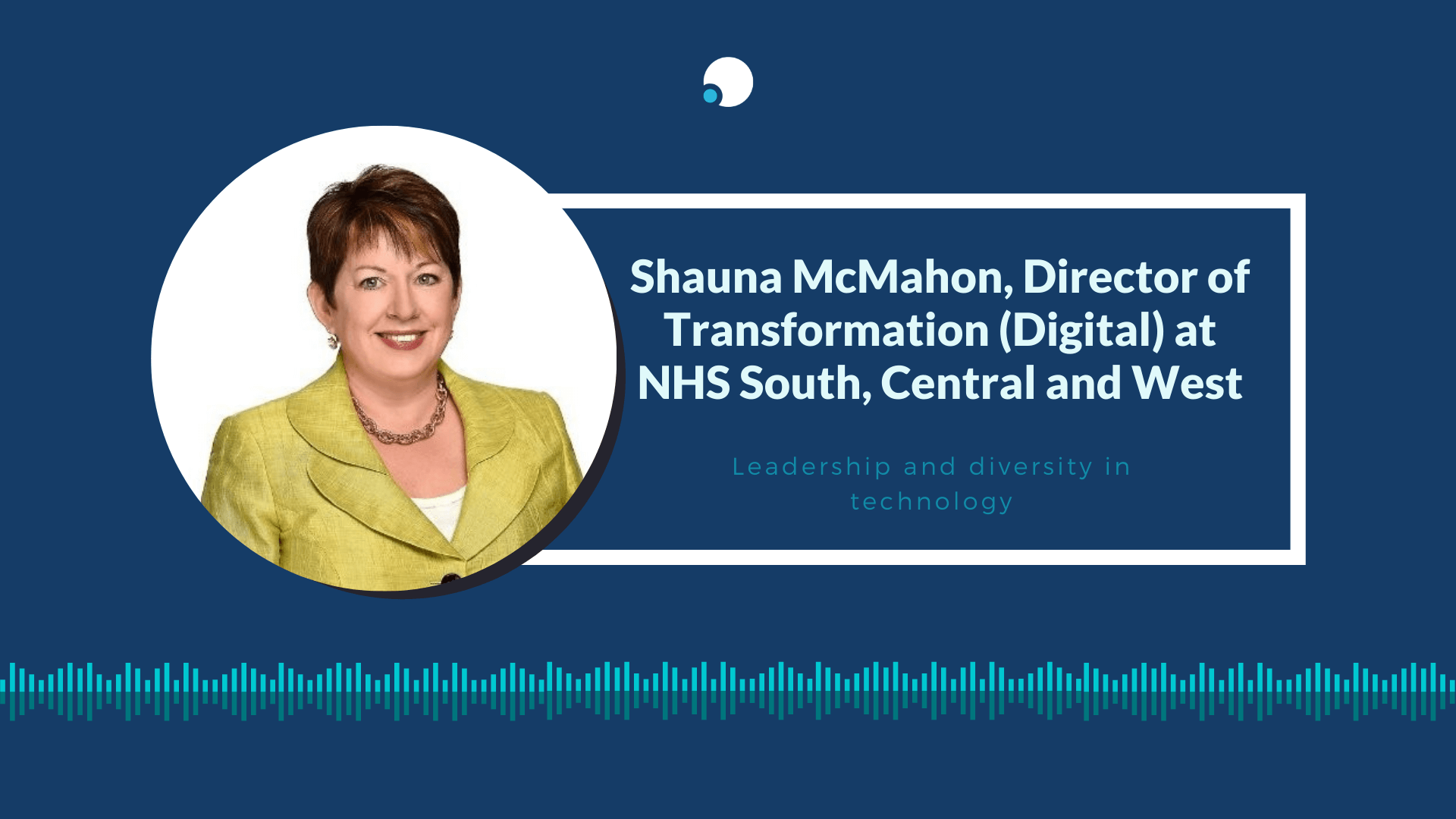 We spoke to Shauna McMahon, Director of Transformation (Digital) at NHS South, Central and West to discuss digital transformation leadership, Shauna’s path to Directorship and the importance of being courageous.

Shauna’s story is part of a series of articles highlighting the careers of female tech leaders within the NHS. We’ve brought together these stories in an effort to prove that the route to leadership is never a straight line.

“I Love Technology and I Love Health Care”

There are those lucky enough to fall straight into their dream career. For everyone else, the gauntlet of life comes with a few false starts and dead ends. For Shauna, who started her career as a science teacher in her native Canada, it took several years before she could find the right mix of her passions.

“I was on my third chemistry experiment of the day and I messed up the mixture. As it blew up in my face, I realised that this just isn’t the career for me.”

From her teaching position, Shauna would go on to enter the world of banking where she would serve as the chair of the board for a financial institution before taking a role in an HR function.

“It was an interesting time to be in banking because there was change happening. ATMs were coming out and I was really getting involved with technology.”

It was here she found an advert for an HR role in Healthcare, an industry that would come to define her career. Shauna’s passion for technology, tempered by her previous roles in banking, combined with her newly discovered love for healthcare, meant she was quickly assigned technical projects.

“I was looking at the redesign of how medical reports were being generated and distributed. Looking at voice recognition, we fundamentally changed how the medical reports were structured. From that, I just kept getting more and more involved in the digital space and technology. The rest, as they say, is history.”

After a string of successful projects, Shauna eventually became a director of E-health and then a Director of Information and Technology across eight different hospitals in one health authority in Canada before moving to the UK in 2015.

“I Had to Take A Step Back and Reflect”

The route to leadership in the technical space is never a straight line. For Shauna, who very quickly progressed through a range of different projects, a major challenge came during her early career while she was working her biggest project yet.

“It’s easy to get immersed in a massive project. You get so worried about not succeeding that you just keep your head down. What I didn’t do was stop and appreciate the team around me.”

360-degree feedback from everyone on the project changed Shauna’s orientation. Moving away from tasks and more towards people, Shauna then did a lot of self-exploration to discover what kind of leader she wanted to be and, after doing a masters in leadership, lay the foundation for the rest of her management career.

“I had to tweak my self-awareness and that was difficult for someone early in their career. But it allowed me to really come into my own and be comfortable with connecting with people and building good relationships. I found such joy in helping and working with people.”

In her current role as Director of Transformation and her previous role as CIO, Shauna is driving digital change at a time of evolution for the NHS. Despite having years of experience in Healthcare and Technology, Shauna places relationship building at the centre of her digital transformation methodology.

“You have to have a really good understanding of how the technology works together, and it’s potential. But I’d say my most important skill, and the one that got me promoted the most is my ability to make strong authentic relationships.”

In health care, when any change made in a technical process has a domino effect on the clinical side of the practice, it’s absolutely key that leaders are empathetic and can easily understand the pain points for users.

“I’ll be completely honest, in the early stages, it might have been more helpful to have more technical knowledge. But I always hired people who were smarter than me.”

Now 5 years into her NHS Leadership career, Shauna is on the bleeding edge of business transformation in one of the world’s biggest employers. Shauna’s journey, which has been filled with learnings and setbacks, has prepared her for the responsibility she now has driving change for the NHS.

For those looking to take up a leadership position within the NHS, Shauna has a few pieces of advice.

“Firstly, find something you’re passionate about. Something that makes you jump out of bed in the morning. Secondly, never stop learning. Finally, be courageous. Be willing to go out on a limb and take a leap of faith”