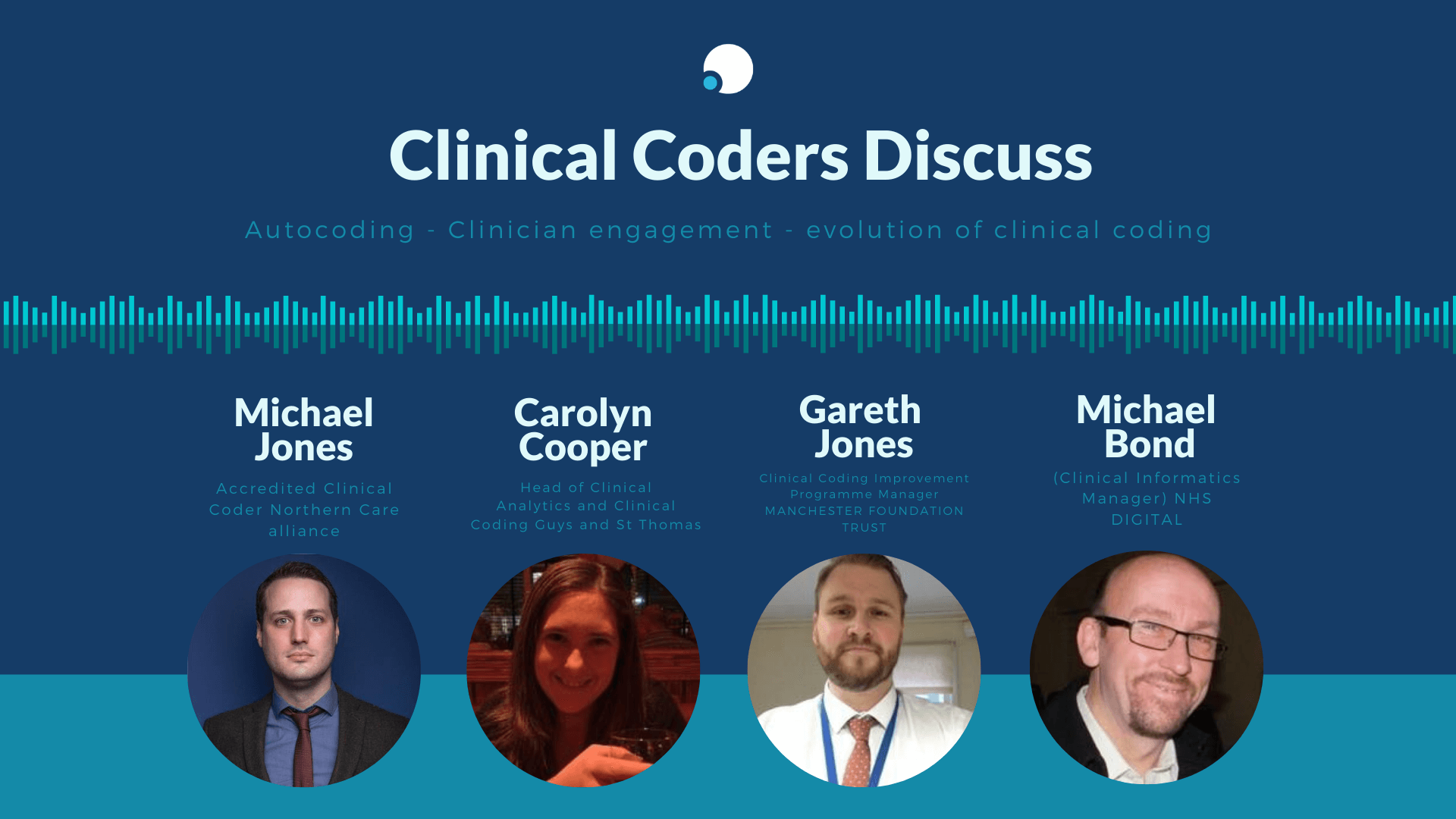 Michael Jones on Getting to the Auto-Coding Stage:

To get to that stage where you can even begin to implement even very simple mapping of terminology to classification codes, there's a lot of a lot of work that needs to be done in establishing the correct systems, making sure they're being used appropriately. I mean, I think we'd all like to think that clinicians will enter the correct terminology, and record information to the level of granularity, perhaps that we would require for reporting and information standards. But I think there's a lot of education to be done of the clinical workforce as well around the use of terminologies and the importance and the role that they play. So I think, I think getting to the stage where even, you know, a basic summary, you know, auto coded, would be available, I think, you know, to assure that to have that quality-assured, and to get to that point, I think with a lot of groundwork still to be done. So, you know, in terms of so see Where it is along with the future? It's definitely the direction of travel or, you know, are we going to arrive there in the next five years in the next 10 years? I mean, it's going to be a very gradual process and you know, it's going to depend on a much larger national strategy really to get Sno med out there and implemented across providers, you know, having, you know, electronic systems in place.

Carolyn Cooper on Soft Skills Needed to be a Coder

That facilitator role. I think we've been very good at training coders in coding rules and national standards. But those kinds of soft skills about how to engage a clinician, how to get a clinician to talk about data, how to get them to understand that data. So there is a whole, a whole process written on data grief, is you go to a room of clinicians, the first thing you're going to put a slide up there is say and say, this is your activity. And the first thing we're going to say is No, it's not. And you and you've got to take them through that data grief of No, this isn't our data or let's have a look at it. Or it could be Oh, and then you realize then that you kind of get to this acceptance stage later on all you understand why it's different, right? It's not what they expect. And that whole process is is a whole new world for a lot of coders

Clinical engagement can be facilitated more effectively by digital solutions in that you can reach more people. And in a much more scalable way you can do a Microsoft Teams event that people who are working from home who sat in clinic who were sat on award can contribute into. But I think that the underlying the underlying kind of mechanism for engagement in the first instance is transparency of the data. And I don't think that's been changed by the pandemic period. I think it's transparency of the data. Let clinicians actually see the job of work that the coders are doing and what that tells them about their services because they may experience the vast majority of times that clinicians have felt compelled to work with coding is when nobody else can tell them what their care looks like. They can describe it anecdotally but actually, short of doing a clinical audit across 500 episodes of care which is just not really a viable option, and is by its very nature potentially viewed as skewed, because the people who are doing the audit are the people who want the outcome that they want. I think coded data is a shortcut to that. And the thing that I often use as a, as a carrot to, to the, to the clinicians is to say, you know what, that 500 episode order that you want to do, that's going to take three registrar's six months of their rotation today, you can short circuit that by getting all the coded data for a particular type of patient for the last three years. And actually at a macro level, you can have an overview that starts to tell you the areas that your key lines of inquiry that you then need to potentially do that case now audit. So in terms of clinical engagement, my view is that data, wielding the value of that data and demonstrating the value of that data Be in a digital forum or be in a face to face kind of way when social distancing isn't as much of an issue hopefully in the future. I think ultimately, the basis upon which you build it is what determines how successful you are.

By its very nature coding is looking at the Gestalt of the record of the episode from start to finish. It's it's a, it's looking at the whole, the whole completed episode, and offering up a classification for it. So, in my view, I think this is where there's a requirement for very structured very detailed records in terminology, which is an argument, I would say for uptake of of using Sno med more fully. And then to use pattern matching, artificial intelligence, what augmented intelligence, whatever, as a method then of quotes unquote autocoding. To to offer at least a first pass assessment of what you can glean from the record, and I'm absolutely adamant because a lot of I've worked with a lot of coders over the years and they look at me and they say, Yeah, but that will do that, too. job and I said, No it won't because you are absolutely valuable in honing that mechanism for pattern matching, and for providing audit and incentive for people to actually put the terminology in the records in the first place.