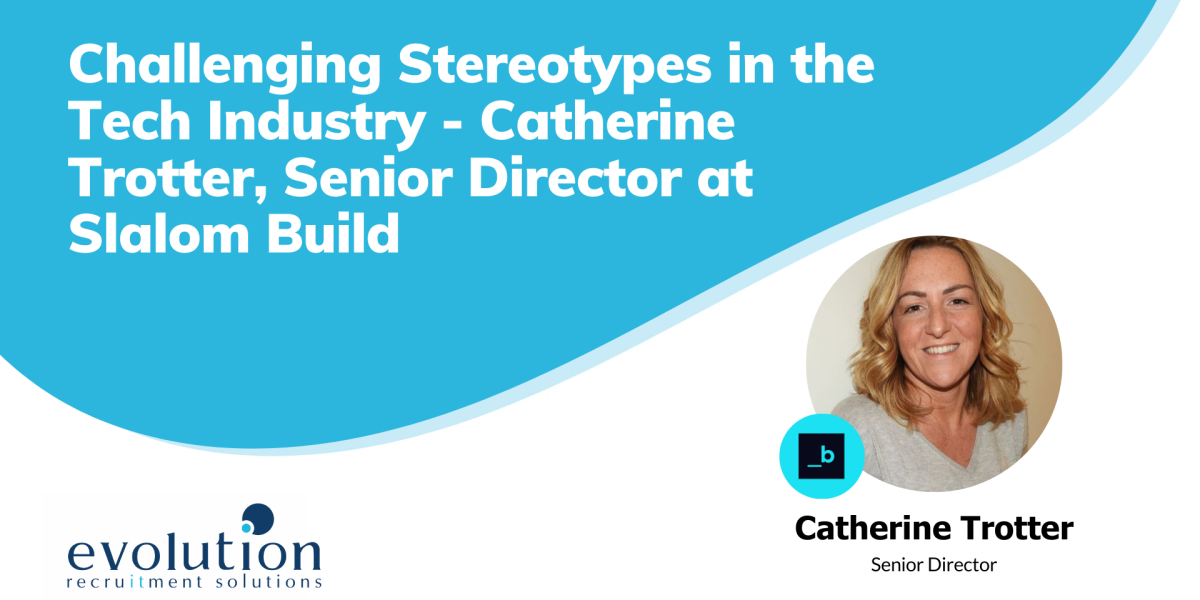 Catherine Trotter, Senior Director at Slalom Build, didn’t plan to work in tech at first. She initially intended to study marketing at university but, when she didn’t get the required grades, instead embarked on a computer information systems course.

“I went to University of Liverpool, I absolutely loved it. I had a great three years, but hated every minute of my course. I just couldn’t see how the course related to real life at all. I came out and said I definitely, definitely don’t want a job in tech. Then, over the last 20 years, pretty much every job that I’ve done has had an element of tech in it.”

Following her degree, Catherine commenced her career in HR. Her role gradually became more technical until she was moved into tech, where she began managing software development teams. From here, she worked in project management, product engineering and customer operations before landing in her current role at Slalom Build.

Do You Need to be Technical to be a Technical Leader?

Although Catherine has a breadth of experience in the technical field, and studied a technical subject at university, she doesn’t consider herself techie. Instead, she sees her skillset as bridging the gap between understanding what the business is trying to achieve and how to motivate the developers who can meet that goal.

“The challenge for me was always imposter syndrome, not being a techie but working in tech. I was getting approached about CTO roles and talking to women at tech events and thinking, I don’t know anything about tech. I’ve since realised that tech is much broader than just writing code. And actually, I have as much right as anybody else to be here. I’ve got a long career in technology, albeit not writing code.”

The leadership skills themselves are what are truly valuable in these roles, although it took Catherine some time to recognise her talent in this area.

“Some of the qualities required for leadership come quite naturally to me. But because they come naturally, I find it hard to recognise them as skills. I assumed they came naturally to everybody. I’ve been very fortunate to have some great mentors and leaders in my life who have helped me to recognise these skills and to use them to help me differentiate myself.”

Women in the Tech Industry

Despite diversity and inclusion initiatives, women are still underrepresented in many parts of the tech industry. Catherine has not felt discriminated against during her career, but has occasionally felt discomfort. The reason for this was thrown into clarity when a male colleague who had spoken in front of an audience of women mentioned how overwhelming it had been to be in the minority.. Talking about the important of women in tech events, Catherine noted:

“It’s not that women want to segregate themselves from men, it’s not that they don’t want to work with men, it’s just that sometimes it can be a bit overwhelming when you’re the voice in the room who thinks about things differently to everybody else. Bringing women in tech together and getting them to share their experiences, can be really empowering and give others a renewed confidence to go back and be their true selves in the teams, supporting each other and lifting each other up.”

The different perspective that women can have can be both a benefit and a frustration – particularly when trying to get across a different point of view in an environment where men are in the majority.

“I have been in boardrooms where it’s all men. I have a completely different perspective but it gets shut down very quickly. I don’t believe that it’s consciously shut down because I’m a woman, I think it’s shut down because it’s either not important to them or it’s not something they relate to. This can happen both ways, the important thing is to work at a place where you feel comfortable calling it out when it does happen. We’re all programmed differently and have different perspectives. ”

The younger generation entering into the tech industry now are setting foot into a rapidly changing environment. With remote working now so much more common and office time rarer, it is more difficult to see those role models and build relationships. Catherine’s advice is to believe in yourself and be brave, and take chances when they come up.

Her advice for young girls in particular is to dispense with the idea that tech is just sitting around writing code – there is so much more to it than that. Tech is prevalent in every part of our lives now, and with that massive expansion comes a huge range of roles to suit a huge range of skills, and the tech industry needs people from a wide variety of backgrounds.

“For a long time, tech has had this stigma that it’s for bearded, white, middle aged men, with massive headphones who play on the Xbox all the time. We do have some of those people in our tech community. But those people on their own can’t create really great, accessible, secure, scalable, modern, diverse products, because they haven’t got all of those skills on their own. They need a mix of people – they need diversity of thought around them. There’s also loads of benefits to working in tech, come and take a look! ”